The term ‘development’ has become powerful, complex, multidimensional and a central topic for political campaigns, especially in the Global South. Academic debates after the Second World War, have been characterized by lack of agreement with regards to the definition of the term ‘development,’ on how it can be achieved, and on how developmental processes should be understood (Ravenhill 2017, 356).

Moreover, the broader literature on development studies tend to divide the world in two big economic globs, that they claim to share more or less same economic features: ‘the Global North’ as ‘developed,’ and the Global South as ‘underdeveloped/or developing.’ (McMichael 2012; Ravenhill 2017; Cardoso 1979).

The focus of the analysis of the literature is particularly concerned on the countries of the Global South, and in a broader analysis on how they have experienced and experience today their chosen developmental paths. In times of change, such as the 1970s key debates have emerged between school of thoughts; the first being ‘neoliberal development model/or modernization theory’ based on neoclassical economics; the reflection of this model in practice in the global south correspond to the SAPs (Structural Adjustment Programs) given by the Washington Consensus .The second one being the ‘neo-statist development model,’ based on a notion of developmental state, and its reflection today in the global South is the so called ‘Beijing Consensus’. Further, between these two thoughts an important book analysed in this review is Cardoso’s Dependency and Development in Latin America; which gives another perspective on the neo-liberal developmental model. The literatures are going to be reviewed in the chronological way presented.

In the 1970s the neo-liberal economy came to define the global developmental policy agenda of almost all underdeveloped countries (Ravenhill 2017; Harvey 2005). According to Harvey, neoliberal economics became incorporated in the way people interpret life, and develop since then (Harvey 2005). The core concept of the neoliberal ideology for having economic growth and furthermore develop, is the maximization of markets’ efficiency through the acquisition of technology that can bring information (knowledge) and development (Harvey 2005). Moreover, the way neoliberal economists understand development is that it is itself a synonym of economic growth, and further can be achieved only ‘through the liberation of entrepreneurial freedoms within an environment in which property rights are protected, there is free market, free trade and no state intervention in the economy’ (Harvey 2005; Ravenhill 2017; McMichael 2012). The profound cynicism towards states comes from the idea that since individuals are competitive and behave according to their self-interests so do politicians, furthermore, the presence of the state in the economy distorts growth (Harvey 2012, 5; McMichael 2015).

Moreover, the redistribution of wealth is top-down, and the state is no longer important under a context of ‘trickle-down economics’ (McMichael 2015; Harvey 2005). In other words, the neoliberal theory understands development as a national process by removing obstacles, such as the government interventions, for free market capitalism. The ‘Washington Consensus’ was the practical result of the neoliberal theories being enforced in developing countries, in particular South America during the so called ‘Lost Decade’ in the 1980s (Ravenhill 2017). However, according to Cardoso and Faletto the reproduction of these neoliberal dynamics has been reinforcing historical structural impediments for development (Cardoso and Faletto 1979 ; Kohli 2009). Cardoso specified that development is not just about a national process, because these underdeveloped nations are often tied to the present economic international dynamics (Cardoso and Faletto 1979, 20 ).

The most prominent model/theories that challenged the neo-liberal development model came indeed from Latin America. Economists such as Cardoso, Faletto, and Prebish were the pioneers in explaining the failures of the neo-liberal model in the Global South. Their main argument was that the obstacles for industrialization in developing countries were grounded in the complex built structure of the global system. Development through the liberalization of the economy is not just merely a national concern but it is deeply shaped by the type of economic international dynamics that are in place (Love 1980; Cardoso and Faletto 1979). They argue that these dynamics are rooted in economic exchanges between ‘peripheral economies’ and ‘center economies’ (Cardoso and Faletto 1979).

By peripheries are intended those countries that mainly export commodities and by centers those modern/industrialized economies that export value added goods to the peripheries (Cardoso and Faletto 1979). This economic relation/or exchange has been described by many Neo-Marxists as a type of ‘colonial relation.’ Peripheries try to develop/industrialize and reinforce their domestic economy through the revenues of non-value added goods (commodities), and in the meantime import from the centers value added goods (Cardoso and Faletto 1979) . Moreover, J. Love adds that this relation works systematically in favor of the centers and in disadvantages of the peripheries because the ratio price of exports in underdeveloped countries are unable to generate levels of income capable to develop their economy and to move to more diversified and industrial sectors (Love 1980). Furthermore, the authors consider that a totality of historical specificities, such as colonialism combined with structural problems (market based on commodity-exports) in an underdeveloped country are preventing its development.

The combination of these thoughts came to be known as the “dependency theory,” where peripheries try to develop by the expanding and development of the centers (Cardoso and Faletto 1979; Love 1980). These authors understand that in order for an underdeveloped country to pursue development it needs to break these structural impediments, freeing itself from the dependency on primary sectors ( Love 1980; Cardoso and Faletto 1979). By contrast, the successful development of certain Asian countries was based on the Neo-Statist model of development.

Their model’s success exemplifies the divergence of economic performance between Asia and Latin America (Kohli 2009). Neo-statist development model has become a compromise between the neo-liberal model of development and a stronger sense of nationalism (Kohli 2009). The model incorporates neoliberal ideas, such as the understanding of the importance of the markets tied to an open economy; and that economic growth is inevitable in order to develop.

Moreover, the shared ideas with the neoliberal theory of development are two: both of them understand development as economic growth, and both of them see development as a national process- contrary to Cardoso’s dependency theory- (Kwok-wah 2012; Ravenhill 2017; Kohli 2009, ). Nevertheless, neo-statist model differentiates from the neoliberal in the understanding of the relationship between state and markets (Ravenhill 2017). “Markets need to be governed rather than to be free” (Ravenhill 2017,362). Indeed, the model is grounded on laws and regulations and a well-functioning administrative power that can conduct macroeconomic regulations (Kwok-wah 2012). In today’s world China is the best case to exemplify neo-statist development. Additionally, Kohli suggests that the relative autonomy from global institutions that countries such as China gained was the main driver for their economic success (Kohli 2009).

Most of Asian countries broke free from the ‘western neoliberal way of development,’ and advanced their own model according to the economic needs of the region.T0day ,the world looks at the success of the Neo-statist theory as an alternative path (Kwok-wah 2012). Harvey and neoliberal development theories promoters perceive the success of the Asian economies as a miracle: “The East Asian Miracle,” and emphasize that the economic growth of the region has been mainly rooted in their opening to the world economy rather than in the benefits of the state’s presence. Kwok-wah and Kohli do not deny the benefits given by the Neo-liberal ideas, but emphasize that the gradual economic opening of China and the state as regulator of the markets were the drivers for the divergence of economic success compared to Latin America (Harvey 2005; Kwok-wah 2012).

The purpose of this review was to expose the developmental trends that have applied in different regions after the Second World War. The academic debate is relevant because it is still an ongoing discussion particularly among underdeveloped countries. The neoliberal model has been the hegemonic theory since the 1970s, advocating for underdeveloped countries to develop by emulating those countries already developed (Washington Consensus in Latin America) . Cardoso, Faletto, Kohli and Prebish criticize the flows of the neo-liberal theory of development by stating that the model is only perpetuating an asymmetrical economic relation between peripheries and centers, which is blocking those underdeveloped countries from industrialize and further develop . Kwok-wah, Kohli, Ravenhill present what has been called the Neo-statist development as an alternative for development, which incorporates the state as regulator of the markets within an open economy.

The emphasis is on the recent success of Asian economies that adopted that model, particularly China. Indeed China has become the symbol of Neo-statism success, academics and economists talk about the ‘Beijing Consensus’ /or Chinese capitalism contrasting the relative failure of the ‘Washington Consensus’ in Latin America. It is important to conduct further research on the Neo-statist model to understand its chances of applicability in other regions. 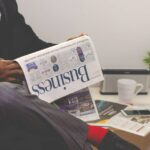