Between 1961 and 1971 the U.S. army sprayed around 20 millions gallons of Agent Orange on thousands of square miles in southern Vietnam. Agent Orange was a name in code for an herbicide composed by a mixture of 2,4D (2,4 dichlorophenoxyacetic acid), and 2,4,5-T (an n-butyl acetate of 2,4,5 – trichlorophenoxyacetic acid). This aggressive program of chemical warfare was called Operation Ranch Hand. The former company Monsanto Company manufactured this product for the U.S. military. Why would they spread herbicides over 5 million acres? These were the two main objectives:

i. Improve the visibility for military operations by defoliation of trees
ii. Destruction of food supplies of the enemies.

The military logic was as follows: since the communists used the jungle as a weapon against the US, it had to be neutralized. Recent studies show that 20% of Vietnam’s jungles have been sprayed at least once. But rice and other agricultural products were also targeted. Up to 40% of herbicides were used against crops. Although the military tried to differentiate between the rice fields of friends and enemies, 10 million hectares were sprayed with a blue agent, which ended the harvest within hours. The third main use of herbicides was to wipe out all the green around US military bases, thus creating a security perimeter.

The effects of all herbicides were temporary and had to be reapplied after some time. For this, they were used from backpacks on the back to boats to spray the banks. But it was a small fleet of C-123 Provider planes and helicopters adapted to lift 3,800 liter tanks that led the Ranch Hand project, with more than 19,000 flights between 1962 and 1971.

The soil of 16 other American air bases in both Vietnam and Thailand is contaminated, and many of the Vietnamese and Americans exposed at the time developed disease. But little is known about Agent Orange’s impact outside the bases. Next to Bien Hoa is the city of the same name, home to 900,000 people. Even today, fishing in rivers and lakes in the area is prohibited.

Although it is estimated that there are still three million Vietnamese suffering from the effects of defoliants, there is no follow-up similar to that of American veterans.

The consequences? Agent Orange was found to cause a number of serious health issues including to be the cause of chlorance, Hodgkin’s disease, cancer and peripheral nervous system dysfunction. Despite Monsanto’s claims and denials of its responsibility for Agent Orange a public document came after that disproved their defensive argument. The manufacturer knew about the harm and danger that Agent Orange poses to humans.

Exactly 40 years after the end of the war, which is estimated to have killed 3 million people, questions regarding the potency and reach of this toxic substance remain open. And they are increasingly difficult to answer, as a second and now a third generation of children are born in Vietnam with a high incidence of disabilities like Down syndrome, cerebral palsy and extreme facial disfigurement.

Comprehensive research would be the only way to understand exactly what is happening in Vietnam and the extent to which Agent Orange is a factor in children’s deficiencies, argues Jeanne Stellman. This would not require significant investments, but political engagement. And he is insufficient.

“There is an intentional blockade by some elements of the US government,” she accuses, also pointing to the presence of “strong forces” opposing a comprehensive investigation in Vietnam. As an exporter of catfish and other foodstuffs, that Southeast Asian country does not want to give the world the impression of being polluted with dioxin.

For half a century, Vietnamese victims of this product have been fighting legal battles against the producers of the herbicide. The outcomes? Lawsuits dismissed, voices drowned out.

Situations such as the one in Vietnam demonstrate that the use of chemical weapons has both acute and chronic effects on human health and the environment. Therefore, the use of such compounds is reprehensible.

But this incident should not be forgotten but remembered to prevent it from happening again in the future. It even serves to alert companies and corporations that use chemical agents in their activities. It is essential to understand the toxicological risks, their impact on human health and to know how to care for victims in case of poisoning. 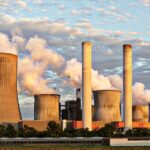