The sentence is a parody for Stanlinist Russia written by George Orwell in his book Animal Farm. Of course this quote is applicable in many different contexts and one can make various and different reflections on it. But here I welcome a contemplative discussion on it from the point of view of basic individual freedoms within the context of possible mandatory covid vaccination and application of green pass as a solution to go back to ‘normal.’

Assuming that we will never go back to ‘normal’ as governments have subtly changed core dynamics of thought and action, Thomas Hobbes claimed that human life is “nasty, brutish, and short.” We should not be surprised if tyranny replicates itself time and time again, in very similar ways throughout history.

Generally, tyranny starts from a systematic abuse of language and logic used by those we uphold as authorities; they do it in small, almost imperceptible ways, as shown repeatedly in our history books. Today it appears to be even more subtle than what was once. The propaganda that propagates polarization among the people, dividing who is ‘right’ from who is ‘wrong’, is very much present and evident in the days we live. After more than one year where most countries declared to be in an emergency state, language, power and logic have been twisted well enough by the media and public institutions (too close to pharmaceutical lobbyists) to induce people to act and behave in a particular manner without giving deadlines or guarantees, and sometimes even lacked logical sustain. This thought brought me back to the famous Anna Hardent quote:

“In an ever-changing, incomprehensible world, the masses had reached the point where they would, at the same time, believe everything and nothing, think that everything was possible and that nothing was true. … Mass propaganda discovered that its audience was ready at all times to believe the worst, no matter how absurd, and did not particularly object to being deceived because it held every statement to be a lie anyhow. The totalitarian mass leaders based their propaganda on the correct psychological assumption that, under such conditions, one could make people believe the most fantastic statements one day and trust that if the next day they were given irrefutable proof of their falsehood, they would take refuge in cynicism; instead of deserting the leaders who had lied to them, they would protest that they had known all along that the statement was a lie and would admire the leaders for their superior tactical cleverness.” Hannah Arendt

It feels like some rights have been used as a carrot in a stick to make us ‘the people’ run for it and having our rights back conditionally on what the state thinks is right to do. At the beginning of 2020 were understandable and justifiable the temporary changes and adaptations citizens had to comply with for the sake of public health security. Still, at present, it seems absurd that we are even debating the right to choose or not to choose to get an ‘emergency approved vaccine.’

Not only media and public institutions managed to drive people to exhaustion at a point where they will do anything to get their fundamental freedoms back (although quite modified), but also they were able to convince society that public institutions and pharmaceutical companies know what is best for you and that their only goal is public safety however at the same time public institutions did not know how/or did not have the competence to manage a health crisis.

How to trust?
These questionable points come from the fact that recently some governments are trying to push directly or mainly indirectly for a mandatory ‘emergency approved vaccine’ against covid-19. Governments don’t want to be held accountable either for their side effects or for their incompetence and mismanagement, and that’s why the push to vaccinate is becoming more and more hardcore. Of course, so far, we see that vaccines help in diminishing hospitalizations, and it is convenient for governments to push for it, but at the same time, why not take the responsibility of administering the vaccine to your population?

Nevertheless, regardless of the potentiality of the vaccine, it is a matter of rights and freedoms. To make it clear, the government is not willing to take responsibility for side effects, but is pushing me to do so by threatening my liberty to go back to ‘normal life’, at the same time they are creating a polarized society by dividing those who vaccinate and those who do not will have different type of freedoms. It is an approach of a questionable authoritarian nature that is being crystalized in the west. 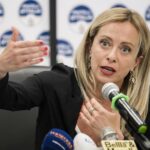