Gathering and acting upon informational and political data for political purposes has a long history in the US. Scholars mark the 1960s as the beginning of data-driven modern campaigns, which coincided with the arrival of political consultants that brought new polling techniques to the public sphere (Kreiss 2010, 1033).

This change, coupled with the technological advances of the 1970s made data become an asset for any candidate that wanted to win an election (Kreiss 2010, 1034). Moreover, with the emergence of the Internet in the 1990s, micro-targeted campaign practices were “institutionalized,” most of the political candidates started having access to those practices that would allow them to efficiently deliver information to those voters that did not seem committed enough (Kreiss 2010, 1035). 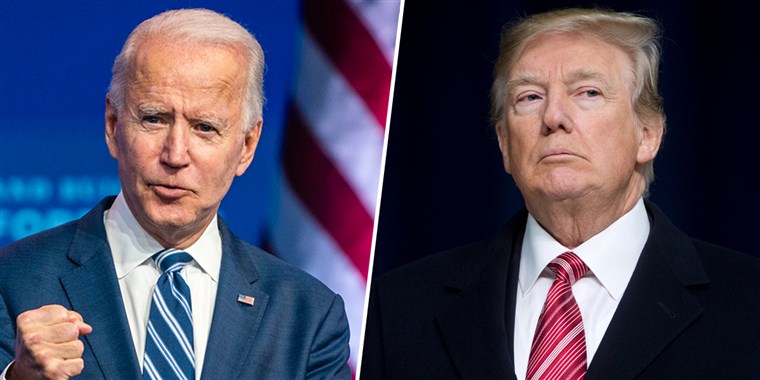 At the beginning of the 21st century, campaigns started adopting the same techniques used for commercial advertisements, analyzing the voluminous amount of consumer data (Turow 2012, 5). Mitt Romney (Governor of Massachusetts) was one of the first in using the technique of microtargeting when he run in 2002 for governor. At the time, the data collected was about voter’s political preferences and consumers’ habits, and the targeted messages were delivered by phone and emails by the administrator of Romney’s campaign (Bimber 2014, 138.) Also, by then, presidential campaigns started using the Internet as a powerful tool for mobilization. Indeed, in 2004 data was used to find large groups of voters who had similar and specific characteristics, including psychological characteristics, so that the message could be a better target mainly using the Internet. Therefore, groups were targeted with the ‘right’ political message (Ibid; 2014, 138).

Nevertheless, the data infrastructure combined with data analytics techniques to gather supporters were powerfully combined in the 2008 presidential campaign. While in 2004, there were still difficulties in emailing all supporters, by 2008 the Obama campaign was sending 13 million emails constantly to its supporters (Kreiss 2010, 1037). Scholars emphasize how the Obama campaign of 2008 and more specifically the last of 2012 marked history because of its new algorithms and amount of data that was gathered. In both electoral years, data analytics provided personal communicative innovations in the electoral context, which turned out to be crucial in the following years. The mobilization of supporters, involving fundraising, with other campaign activities was unprecedented in US history. Obama was able to involve different social movements and identitarian groups personalizing and directing his message to individuals. 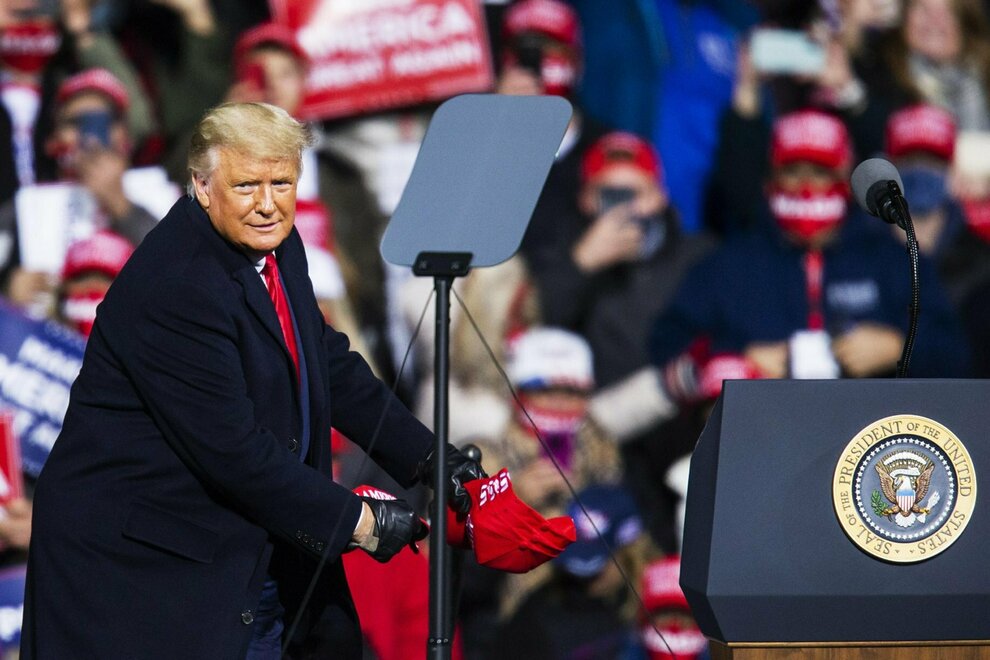 Additionally, particularly after those campaigns in the US, policymakers, and scholars have started to identify and respond to the different issues that are associated with data-driven political campaigns (Crain 2020, 374). One of the issues concerns the fact that data-driven political campaigns have rapidly evolved but in a transformative way. In other words, data has quietly transformed some aspects of American society, replacing certain ideas of privacy, transparency, and even democracy with new definitions that are still not clear to the public (Mittelstadt 2016, 10). And this transformation brings up another important issue when talking about data analytics in the US, which concerns the lack of regulations.

Despite these practices of collecting, profiling, using, and disseminating data, the US presents almost no regulation that involves the new practices of microtargeting and profiling. According to Kreiss, in the US, the interest of politicians and data-driven political campaigns is aligned against regulations that would protect privacy rights and transparency when it comes to utilizing instruments such as microtargeting and profiling (Kreiss 2010, 1045). The interests of US political leadership and large data mining firms are closely aligned against the state regulation that would secure transparency in data practices. In light of this, another current important issue revolved around the involvement of private companies, such as Google and Facebook in the public sphere. Therefore, one can argue that the practice of political microtargeting is not something new, but is a tool that is being developed throughout the years, and every new election seems to be more efficient. The presidential campaigns of Barack Obama in 2008 and 2012 marked history and raised particular interest on how big data is being used for political purposes.

Obama’s Campaign 2008
The manager of the Obama Campaign in 2008, David Plouffe, claimed that data analytics was central for Obama to become the favorite candidate in the primaries, and the winner in the general elections (Kreiss 2010, 1033). Indeed, since the beginning, great investments were made to gather and process sophisticated data-driven information about voters. Not only new platforms were created, but also social networks were used and adjusted to enhance citizen engagement with the Obama campaign (Bimber 2014, 131). His campaign used a different range of social media, including Facebook, Migente, Linkedin, and Digg.

It used targeted and constant communication via SMS and emails. The campaign bought significant spaces for advertisements, especially on Youtube – where it posted videos encouraging people to share and spread them. All these new experiments turned out to be successfully efficient (Ibid;131). Moreover, another important innovation was that all the collection and process of informational and political data was done in conjunction with some private companies. The most known during the Obama campaign was Catalist, a for-profit organization that managed the voter database. Together with the administrators of the campaign, they collected informational and political data on more than 250 million Americans through surveys and other forms of data collection (Kreiss 2010, 1033). Another private company, Strategic Telemetry, that provides microtargeting and data analysis services were hired to create voter models that organized all the collected data into simple groups of ‘type of voters.’ This service was utilized to micro-target political messages (Kreiss 2012, 71). The involvement of private companies in the gathering and processing of data about citizens coupled with privacy rights issues fueled a series of ethical questions concerning how data-driven campaigns were influencing the electoral outcome; and how harmful can be the involvement of these private companies in the public sphere. 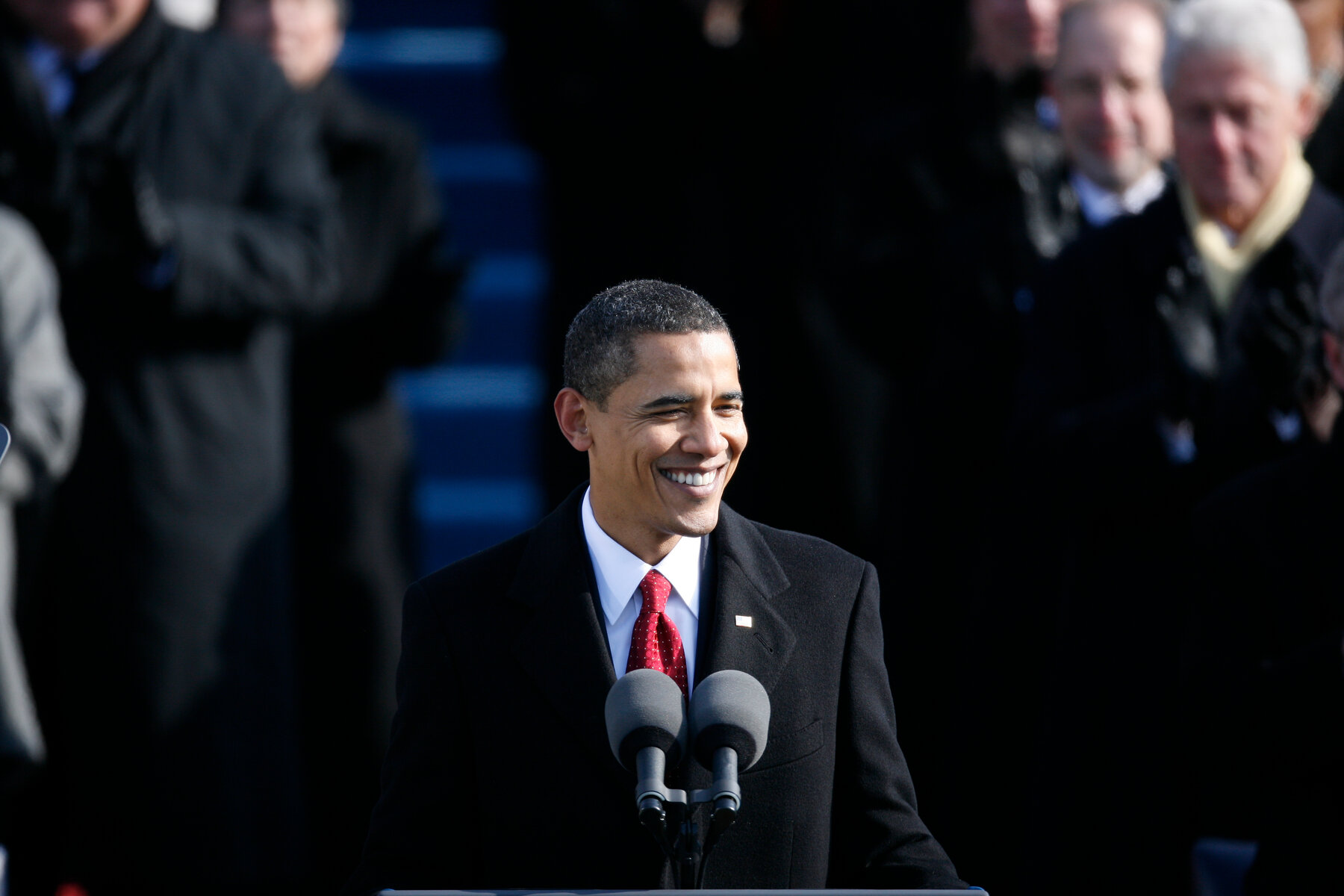 The Obama campaign of 2012 has a very similar portfolio of the one in 2008, however, as stated by Mark Sullivan, the 2008 campaign was “prehistoric” compared to the amount of informational and political data gathered and processed in 2012 (Pilkington et.al, 2012). This time, 40% of the headquarter staff were dedicated to data and technology (Trish 2018, 31). Indeed, the data analytics was five times bigger the one of the previous campaign (Bimber 2014, 141). There are two simple reasons for this increment. First, candidates understood the value of data, and heavily invested in this department. The second reason was that more people were present on social media. At the beginning of the campaign in September 2011, Obama had 10 million followers on Twitter and gained 12 million more by the end of the elections. Moreover, the ‘types of voters’ categorized and targeted by Obama were the most present on social media in terms of population. For instance, 60% of people who voted for Obama were under the age of 30 and they happened to be the greatest part of the population present on social networks ( Bimber 2014, 139). The commodification of social media had a clear impact on the voter’s behavior and communication (Ibid; 140). Moreover, the new algorithms of the voter models could identify why certain people acted in specific ways, find their weakness, and detect what would be the appropriate message to make them change their minds.

In short, these new algorithms were able to turn uncommitted people into perfect committed supporters. This practice of microtargeting which used a great number of predictions based on informational data collected went far beyond a simple categorization of people into groups. Moreover, in 2012, the campaign also tied up and strengthen relations with private companies such as Facebook, which was a vital player during the Obama campaign (Turow 2012, 6). An example of this is the following fact: in 2012, an individual that logged- in on the website of the campaign through his/her personal Facebook account was allowing the campaign to gather information and political data on all his/her Facebook friends (Ibid; 7). Jim Messina – campaign manager – stated the importance of social media in 2012, which was no longer being handled as an experiment like in 2008, but it was rather taken as a central instrument to win the elections. One of the many innovative strategies that took place in 2012 was the technique that citizens could donate for the campaign via SMS, in a fast and efficient manner. This strategy was so successful that the Obama campaign got more than 60 percent of 514 million dollars came from individual voters who donated less than $200 (Bimber 2014, 139). Obama’s campaigns reformulated how citizens participate in the political process and reinforced the importance of data for political candidates (Mavriki 2019,11). Nancy Scola, a technology reporter called Obama “ Big Data President” (Trish 2014, 34).