After the period of the military dictatorship in Latin America, for many scholars, the process of re-democratization of the region has been characterized by an upsurge of leftist-populist parties. These new waves of leftist governments that came to power were denominated the ‘Pink Tide,’ in which a new form of left was being combined with populist features.

In academia, discussions sparked on how to report the new features of this new wave. The topic is relevant since ongoing academic debates are in place to trace a line and to give a definition for the new rise of populism that these administrations of the 21st century have enhanced in the past two decades, creating disagreements when scholars need to ‘classify’ the politicians in the region.

An interesting case is the one of the former president of Brazil, Lula Inacio da Silva, who appears in the literature to be a controversial figure. To what extent was Lula a populist leader within the period of the Pink Tide? Moreover, there is a divergence in the reviewed literature with regards to the reason for the upsurge of these new governments. Some attribute the rise of the ‘Pink Tide’ to the role played by external economic conditions during the early 2000s, the so-called ‘commodities boom years.’ These economic conditions enhance the possibility for the new governments to pursue nationalists, redistributive, and ‘populist’ political projects and discourses.

The reviewed literature analyses the case study of Brazil during Lula’s administration since his victory in the elections of 2002. Some authors, such as Alfred Saad Filho and Philip Arestis focused on the argument that the ‘social sensibility’ that Lula created throughout his discourses somehow put him in the category of populism (which is not necessarily the case). And that these features are not enough to classify him in the ‘Left-Turn’ of the 21st century. Further, authors on the same line argue that Lula needed to build up this solidarity and trust to continue with neoliberal policies of the previous government of Fernando Henrique Cardoso covered by his ‘populist discourses,’ in a pragmatic way of doing politics classifying Lula in the ‘Third Way’ position adding a new concept known as ‘passive revolution.’ 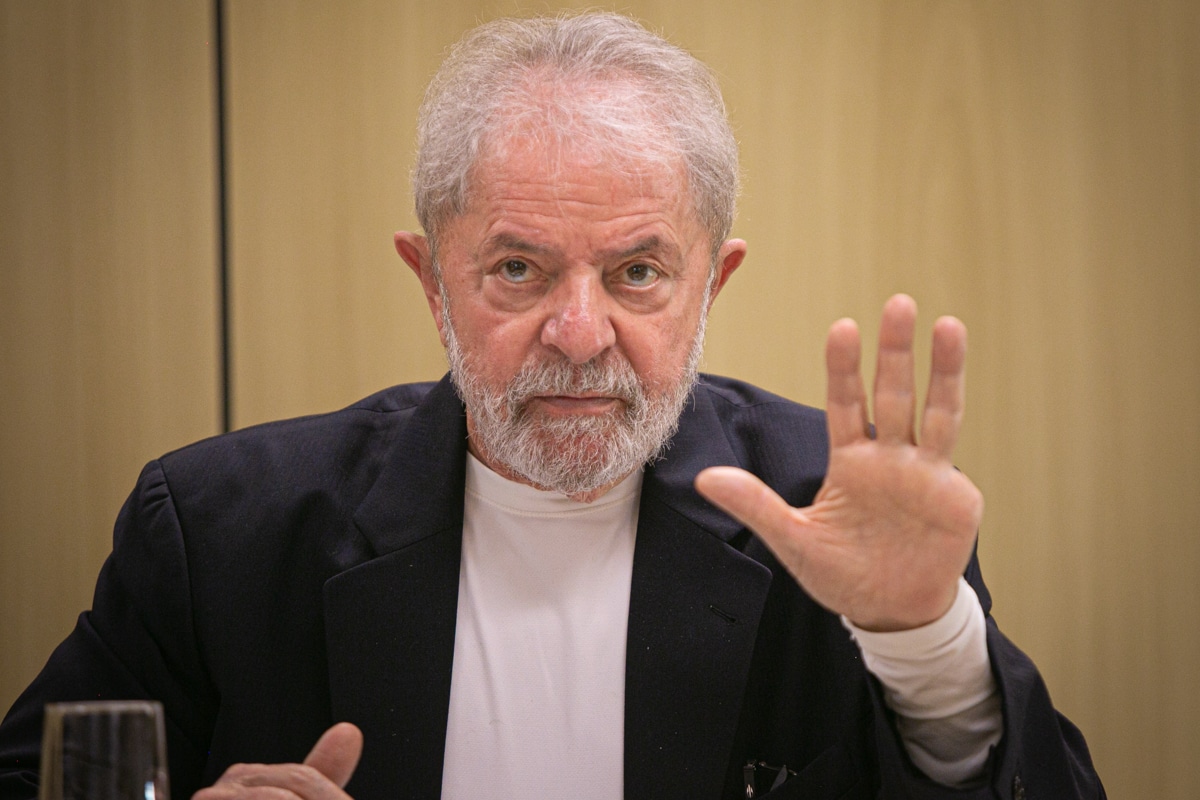 With regards to Lula’s administration, the reviewed literature analyzed presents different mainstreams for the classification of Lula’s government as populist. Debates have been sparked before and during his mandates on what kind of populism or left approach he was taking to govern the country (Saad-Filho 2007). Some literature perceived Lula and his government as a left-populist and perfectly matching with the ‘Pink Tide’ phenomenon, others have seen him as a ‘third-way’ politician who was able to enhance a ‘passive revolution’ in the country. Lula Inacio da Silva run for the presidency of Brazil in 1989 and 1994 with no success.

Many argue that the majority – especially the middle class- was perceiving him as a leader of a radicalized left, mainly because of his discourses which were covering only the concerns of the lower class (Chodor 2014). However, in the fourth election after the military dictatorship that was established in Brazil, Lula Inacio da Silva came to office in 2002. To win the elections Lula understood that his discourse which mainly approached the lower class needed to change to a more inclusive one. The middle class was mainly following and supporting the neoliberal candidates, and Lula had to avoid the construction of antagonism between ‘the masses’ and the elite’, he needed to amplify his electorate by giving a more inclusive discourse. Indeed, he wrote a letter during the campaign ‘Carta ao Povo Brasileiro’ (Letter to the Brazilian People), where he presented a commitment to the free markets to the business community and guaranteed the neoliberal policies that were in place, at the same time he codified his ‘social-solidarity’ to the masses (Grigera; Saad-Filho 2007). Lula’s discourse combined a tone of solidarity and undergrounded commitment to neoliberal policies, and clearly the abandonment of an antagonist discourse (Saad-Filho 2007). Furthermore, in the view of some academic literature, according to given characteristics of populism, the former Brazilian president since the beginning of his mandate could not be classified as a populist leader as was for instance Hugo Chavez in Venezuela. 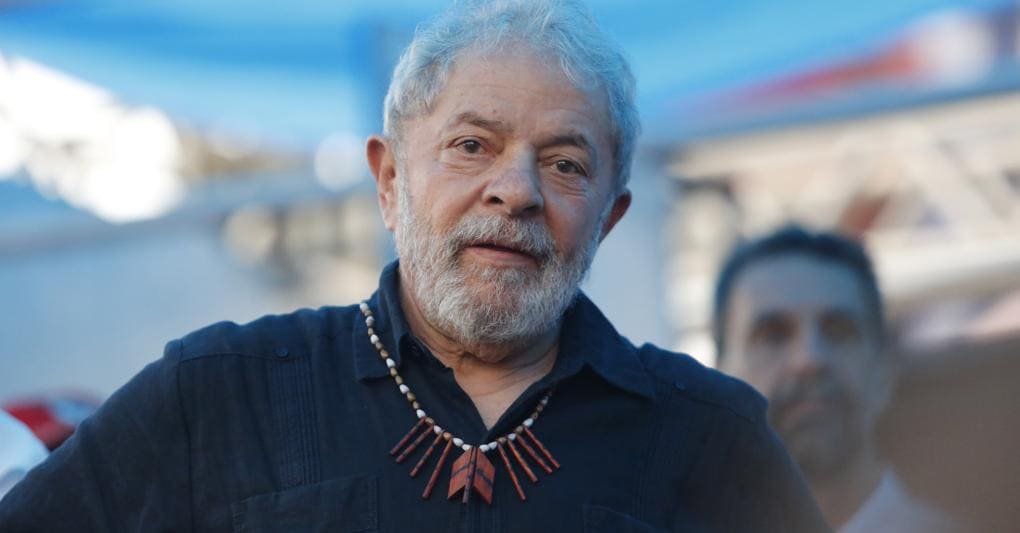 Indeed, there were not ‘anti-elite’, anti-globalization nor ‘anti-imperialist’ rhetoric, this branch of literature understands that those who classify Lula as populist are basing their conviction on the fact that Lula had strong charismatic appeals ‘to the people.’ Although these authors, do not frame Lula as the classical populist leader, they agree on two main elements that could be used to identify the leader as one of the Pink Tide. Firstly, the institutionalization of some social demands, secondly the redistribution of wealth through social programs –such as Conditional Cash Transfers(CCTs).

However, Alfredo Saad Filho and Philip Artesis argue that improving the living conditions of those disadvantaged and empower specific sectors of the society are not enough conditions to identify government as ‘populist,’ nor to classify it on the ‘Pink Tide. Further, the following studies have documented that Lula did not change the conservative ways of Brazilian politics, his speeches to the masses and his personal history were sensitive and efficient to win the office but his macroeconomic policies were not really different from the ones of the previous government (Saad-Filho 2007; Petras 2006). The authors acknowledge that his administration has indeed been more generous with the low-income class, but continued with his predecessor’s neoliberal macroeconomic policies.

Moreover, other academics view his successful mandate as a period of ‘luck,’ due to the high prices of the commodities, which enhanced the possibility to finance many social programs that would benefit the lower class he was able to grow exponentially his popularity. Further, on these lines, the author Petras says that Lula could be seen as a ‘Third Way’ leader. The term ‘third way’ is clothed with the process of ‘re-democratization’ in Latin America. Within the framework of a ‘third-way’ politician, authors such as Coutinho and Chodor analysis, associate Lula’s administration with the concept of ‘passive revolution.’ As defined by Coutinho, the passive revolution is characterized by two stages: The restoration and renovation (Coutinho 2012). In the first stage, the masses will try to empower themselves within the hierarchical structure of the society, however, they will find resistance from the top (elites) that are afraid of the radicalization of the demands posed by the ‘dominated’- which was the case when Lula was campaigning for the first two times (Coutinho 2012,120). In the second stage concessions by the top will be made, and the highest reflection of these concessions will be the growth of a welfare State, in other words, the redistribution of resources (Coutinho 2012,121). The result was a hybrid project, which combined neoliberalism with neo-structuralism developmental policies, and this combination can also be identified in the ‘third- way” frame (Chodor 2014, 121). 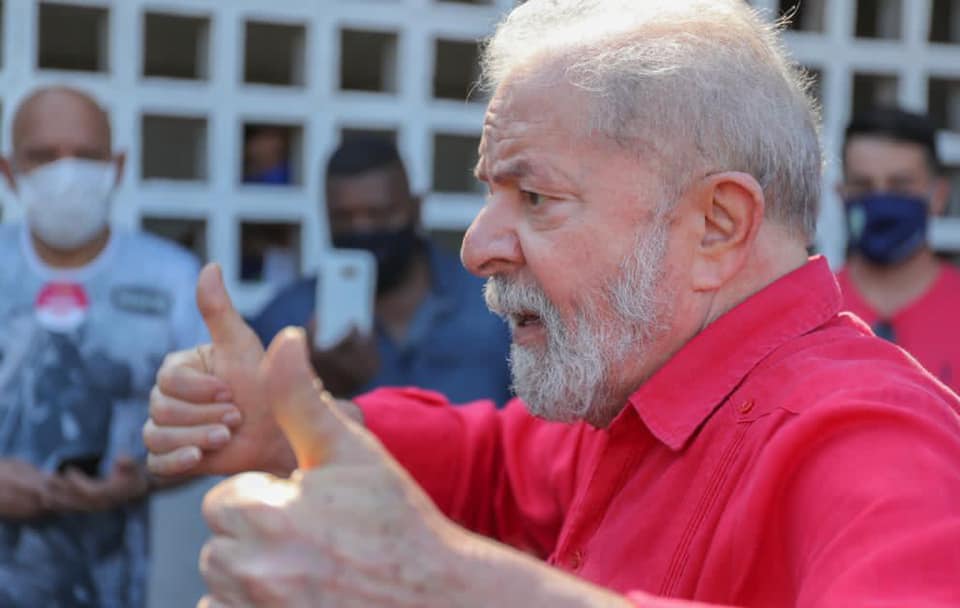 Furthermore, as argued by Chodor the country has experienced a ‘passive revolution,’ due to the incorporation of demands of those from below – sometimes Lula went even further incorporating social movements to political parties to ensure their passivity (Chodor 2014, 124). Furthermore, literature diverges depending on which definition of ‘populism’ they attain; nevertheless, Lula remains a controversial case.