The withdrawal of American troops and the takeover by the Taliban in just a few days plunges Afghanistan into chaos and exposes a complete miscalculation from Washington. Did the US bury its credibility and accountability?

The US forces invaded the country back in 2001, after the terrorist attacks of 9/11, resulting in the longest-running military combat in the history of the United States. At the time the US checks and balances failed, as did the UN. War i snot declared on a country to chase after a foreign group in that nation. Even with Afghanistan invaded, it took 10 years to reach Osama bin Laden which ended up not even being in Afghanistan. US intelligence eventually located him in Pakistan.Without the invasion, the US could have found a way to deliver the criminal at a lower cost. Of course, many other problems arose from the ill-fated invasion, and these past mistakes are hunting the present stability of the country.

According to Brown University, between direct and indirect costs, the war took US$ 2.2 trillion so far. Officially, the onslaught cost about $1 trillion over the years, equivalent to the domestic infrastructure investment program approved a few days ago in the US Congress. Despite much talk about the reconstruction of Afghanistan out of the trillion dollar cost sunk in the war, only about US$ 40 billion was directed to humanitarian aid and the country’s development, which, let’s say it, is a very low percentage. The rest was mostly for war and security expenditures. The other $88 billion left with the Afghans was directed towards building these local security forces, which have been falling to the Taliban since the US began its withdrawal.

The destruction/construction balance leans heavily towards the sunk cost situation. This model of military occupation without the prospect of economic and cultural commitments works less than colonialism in the era of overseas empires, which no one wants to return. In Afghanistan, this is much less clear. The US entered and, within a few weeks, dislodged the Taliban. Now they leave, and in a few weeks, the Taliban return with the usual violence. Legacy? It is not known.

At best, we are back in a situation as bad as 20 years ago. So it’s time to invest in something different and less deadly. For when the effort goes to what you like, there is no sunk cost dilemma. This is true for personal and affective relationships, but also for many civil and political decisions. The US can invest a lifetime in its own country without questioning whether the nation is viable, nor imagining that there would be a better return on investing elsewhere.

For now, the Afghans, sunk in their occupied lands, have to fight once more for those who are fighting; fleeing to those who are not of death; climb the mountains to try to see a different and better future beyond the pile of collateral damage and debris left behind.
Apart from asking for prayers and thoughts for Afghanistan we should demand policy change. 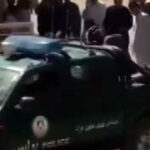 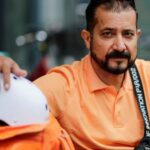 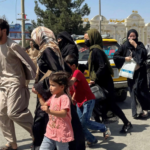 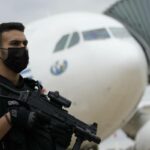 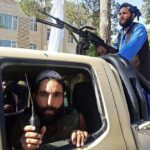